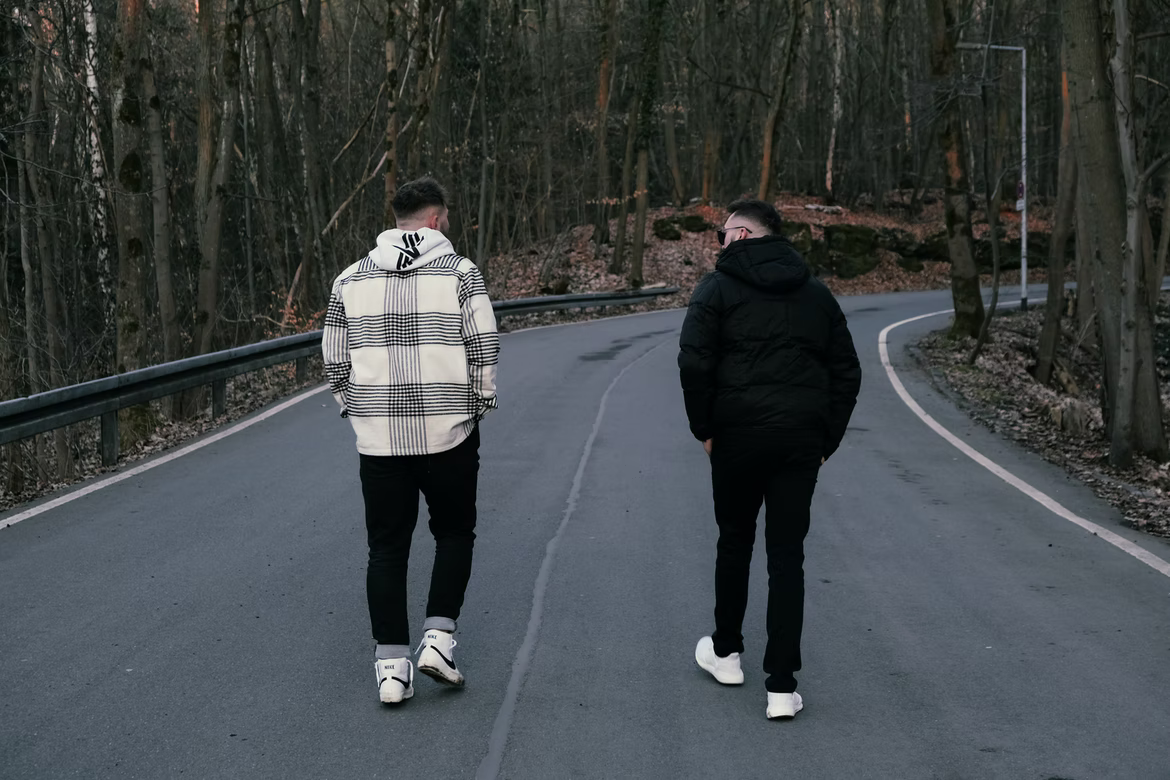 This World Mental Health Day 2021, we hear from a team lead at our partner organisation EYST Wales.

This World Mental Health Day 2021, we hear from a team lead at our partner organisation EYST Wales who works closely with asylum seekers and refugees. They share how it’s important to create safe spaces for conversation, and the importance of small talk. Read the story.

We support people seeking sanctuary, those who are seeking asylum for various and awful reasons. These people are often traumatised, suffer with PTSD, anxiety, anger problems and severe depression. Some people have been trafficked, fled war or have been tortured because of their faith, gender or sexuality. They have left their lives behind and then begin the laborious asylum process, only to have to relive it through interviews, conversations, and statements, trying to prove its true. Guilty until proven innocent

During its peak, colleges, social centres, charities, surgeries, GPs all became remote. Including counsellors and psychiatrists. Although this was inevitable, and a safety measure enforced by the government it has had its impact upon people's already fragile mental health.

We have seen a dramatic increase of the number of people who are suicidal, depressed and generally low. The lack of activities which usually distract them and delays with mental health support services have left people isolated. Another factor which hugely impacted this was the effect of the pandemic upon the Home Office. Appeals and interviews became remote and delayed, and people's asylum cases took exponentially longer to be decided. People became fed up, depressed and many gave up hope.

The United Nations High Commissioner, Filippo Grandi quoted that "COVID-19 is not just a physical health crisis but it is now also triggering a mental health crisis. While many refugees and internally displaced people are remarkably resilient and are able to move forward despite having experienced violence or persecution first-hand, their capacities to cope are now being stretched to the limit."

We started to see an increase of people who we needed to do welfare checks on, keep under observation, and ensure were stable on a day-to-day basis. We work quickly to meet the needs of a high volume of people however it has become prevalent that small talk has become very important. Checking in on people and reminding them that we are still here and care has meant that we have been able to maintain relationships with those we support which enables us to keep an open channel for conversation.

As the world slowly opens up and we return to normality we will be faced with a new pandemic. This will affect many people, but it begs us to consider how those who are already fragile will cope. We need to not only ensure that mental health services are accessible, but we need to be kind and gentle to those around us. Provide safe spaces for conversation, and importantly create conservations without purpose to enable people to openly talk.

Small talk has never been so important.

“We are now receiving reports of increasing mental health issues and needs among those displaced. Fear of infection, confinement and isolation measures, stigma, discrimination, loss of livelihoods and uncertainty about the future are all contributing factors”.

"Given the widespread socio-economic damage inflicted by the pandemic, UNHCR is particularly worried that for many refugees, the loss of daily wages and livelihoods is resulting in psychosocial hardship. Extremely concerning is that some are now reporting self-harm owing to these pressures."

All I want for Christmas is my mental health

Hayley gives us some tips on how to maintain your mental welling during the festive period.

Mahieddine shares how to stay positive during Christmas