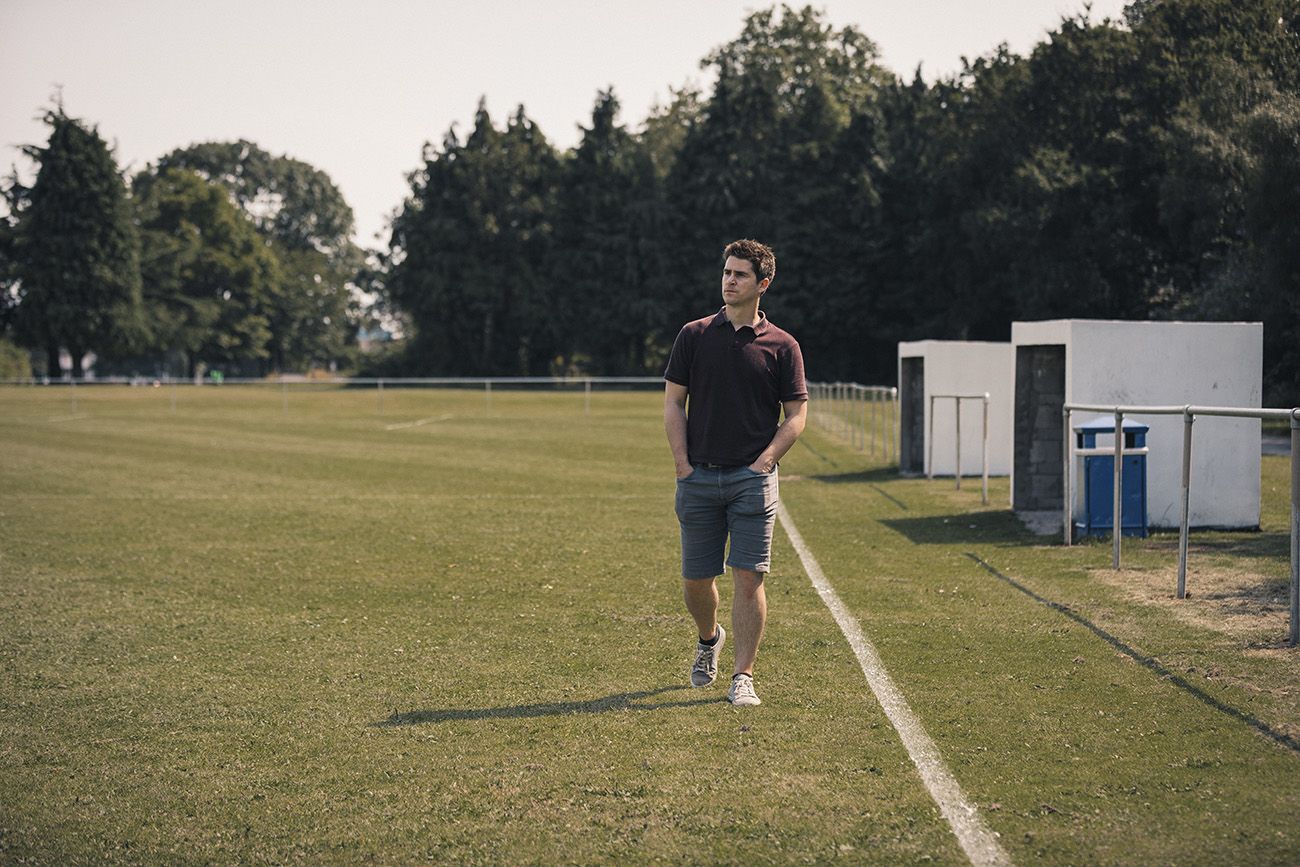 "Being aware shines equally bright in all experiences. Even a deep depression is illuminated by the light of awareness. Being aware is not buried, veiled or hard to find. It is the very light of knowing with which all experience is known" - Rupert Spira

I've always been a perfectionist and a bit hard on myself - never satisfied with my achievements. These traits worked in my favour in driving me get the high grades at school, and also to fulfil my dream of becoming a professional footballer with Manchester United. The problem was I had wrapped up most of my identity in football, so when injuries came along and ended my career prematurely in my early 20's it left a deeper void in my life than it should have done. Those same traits that once helped me succeed now turned against me. I felt worthless, like I'd let everyone down. I often wished that I could have swapped some of those high grades in school for some deeper emotional intelligence. I've always been naturally quite introverted, emotional and sensitive but felt conditioned to believe that this is not how men are meant to be and you just programme yourself into a robotic state and get on with it.

Living from this place of negligence means that I've suffered intermittently with high-functioning depression. This can be debilitating as you have perfected the art of wearing a mask so others would never guess that anything was up but inside you are being ground into dust. I have a very active mind with plenty of self talk and have spent parts of my life lost in my head - a  puppet to those berating thoughts which serve no purpose other than to derail you. The ego which we all have inside us loves habit, it seeks familiarity, even if  it darkens your map of the world and drags you towards despair. I got lost in a cycle of trying to fight toxic thoughts with more irrational thoughts. Those feelings left ignored and unresolved will then proceed to manifest themselves in the body and attack you. I built a mental prison for myself and spent years trying to break out of it armed with nothing but a blunted stick.,

Often, the worst kind of stigma often lies deep within us. It's easy to convince others' that everything is ok if the walls are still standing, whilst inside you are slamming your head repeatedly against them. Talking can be a lifeline, but it also needs to go deeper than that. We need to  also take accountability for your actions and not live our lives on autopilot. Everyone is dotted somewhere along the mental health spectrum and I'd argue that everyone can do something to strengthen their psychological fitness as anyone can find themselves sliding into difficulty. Nobody is immune from this. We need to connect with ourselves and not allow our lives' to be led away by distractions', so that we can tune in to any warning signs before they reach emergency levels'. This calls for an inside out approach to reaching a peaceful state, one that isn't based solely on external factors. The approach may be different for everyone but for me it comes down to enough sleep, breathing properly, meditating. Not sexy I know but simple and effective. Prevention is better than cure, always.

"The fact that so many men take their own lives is tragic. This has been my main motivation and drive for speaking out." 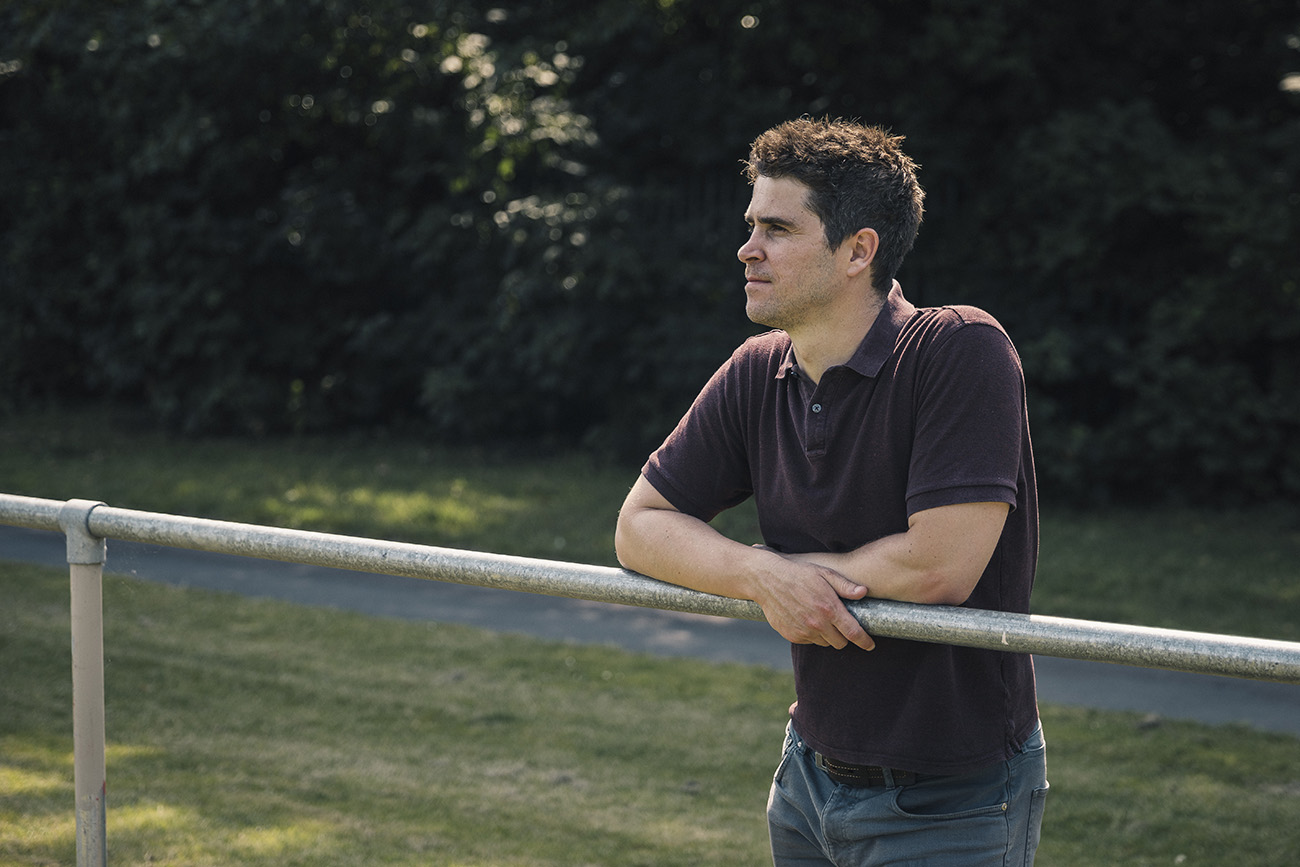 I have learnt to gentler with myself, and accept everything that happens in life. This doesn't mean that you need retreat from the world like a hermit and not have an influence but it just means that you stop resisting and trying to control everything and refrain from operating from a state of fear. A key thing for me has been to not to identify so much with thought and to attune myself to a deeper sense of being and self-awareness. This is a constant ongoing practice as thoughts can be irrational and jostle for attention. The sky is always blue, even when the darks clouds block it momentarily, I would never change anything that has happened in my life, good or bad.

Change is possible for anyone but fighting years' of conditioning and well-trodden paths of thought can be hard, I can attest to this. Suffering is mostly a resistance of the current situation. Suffering unnecessarily is a waste. The fact that so many men take their own lives is tragic. This has been my main motivation and drive for speaking out. I have never tried to take my own life but have had those dark thoughts that isolate you, feeling like you are a burden to those around you, not wanting to die but just wanting to stop thinking. I don't want pity from anyone. When I retired everyone naturally assumed I'd move into football coaching but I have always been more fascinated with the workings of the mind and the nature of consciousness.

This is why I am in the early stages of setting up a coaching business with the aim of teaching people from all walks of life about how to learn to shift into an optimal state mind and attune to its innate qualities such as joy, aliveness, stillness, peace, calm, spaciousness, compassion, presence and emptiness. Finally I have released some of the chains that were holding me back but it has took years' of understanding myself to be able to do so. It would be an honour to  do the same for others'. Time to break some locks'

If you’re worried about your mental health, chances are you’re right to be concerned. Talking about it and finding support is the bravest thing you might ever do.