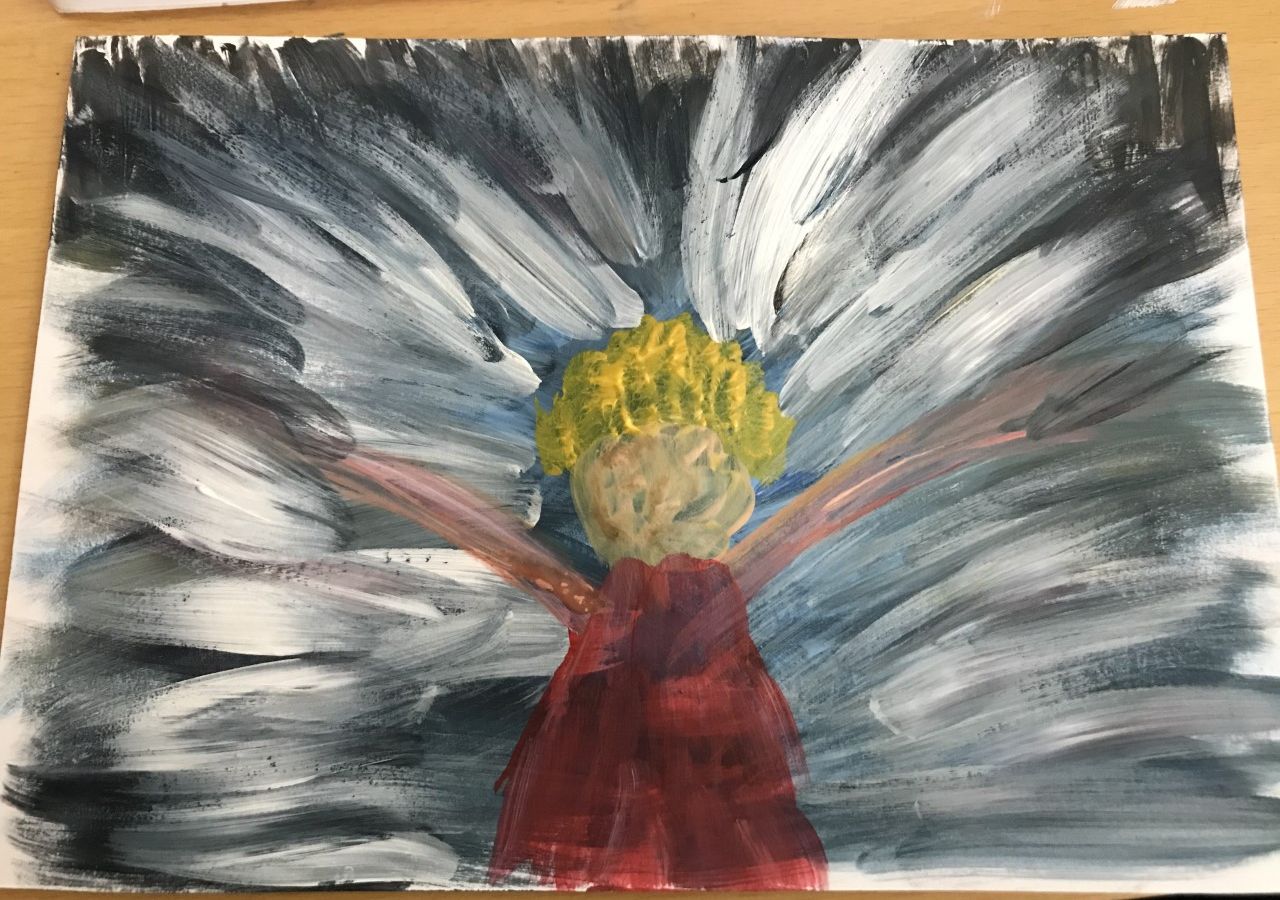 This week is #MentalHealthAwarenessWeek. The theme for 2021 is ‘Nature’. The Mental Health Foundation found that during the pandemic, millions of us turned to nature and 45% of us reported being in green spaces had been vital for our mental health. We have some powerful stories to share with you and you can join the conversation using the hashtag #ConnectWithNature.

Have you seen the new craze of dipping in cold water? They’re even calling it therapy! It’s been really popular around here where I live in the South Wales Valleys. I’d LOVE to have a go at it and I know I’d probably love it because I love being in water. Sadly, my brain probably won’t allow it, not even if it was a heated pool – it’s not about the cold or being scared of the water or anything like that, the problem would be me actually getting in there at all because I have body dysmorphia. It’s a mental disorder characterised by the obsessive idea that some aspect of one's own body part or appearance is severely flawed and therefore warrants exceptional measures to hide or fix it.

It’s something I’ve struggled with since my teens, when I was unknowingly anorexic and seriously underweight. I would do anything to avoid having photographs taken of me. It would also stop me from going swimming, whether in a pool or at sea and also never exercising in public and going in ladies only gyms – anywhere that I had to strip down to a costume or even underwear. In my mid 20s, my body changed significantly when I started taking anti-depressants and my eating disorder flipped into comfort eating and bingeing. I have always hated my body no matter what size it has been – of course looking back I realise how deluded I was.

I wrote a blog for Time to Change Wales 2 years ago for Mental Health Awareness Week focusing on body image called ‘Inside of Me’ which explains a bit more on how this has affected me in the past. I had started to address the issues and wanted to do more therapy around this but got a little side-tracked and then of course, this last year has scuppered everyone’s plans. Since then, my issues have got significantly worse, and my weight is the highest it’s ever been and contributing to me being in constant agonising pain. Obviously, the situation has been perpetuated because of the Covid restrictions and it’s been a lot easier to hide myself away and now the thought of going out of the house at all is fraught with anxiety and dread. I’m actually embarrassed to be seen anywhere in public, and that’s fully clothed, and I’ve begrudgingly resorted to using a walking stick to get around.

A couple of months ago, I participated in a little art therapy project online where I had to think of a place that I felt a connection with in Pontypridd and that gave me happy memories. For anyone who knows Ponty – I chose the Lido which is an outdoor swimming complex and I shared with the facilitator my story about going there with my teenage son a couple of years ago during the summer holidays. We would always choose to go on bad weather days when it was raining, mainly because it was quieter, and the session times were unlimited so he could stay in there till he got bored. I always took my costume in hope that I would bite the bullet and just go in but it took several times of being sat in the pouring rain before one day I finally did it. The worst part was getting from the changing room to the pool but once I was in - I was euphoric. I had the best day ever and I was able to mess about in the water with my son - which was actually the first time since he was a toddler. This was the painting I created in the half hour session while I was chatting about my story. I don’t know if you can see how joyful it felt to be in there – well until I had to get out again anyway! 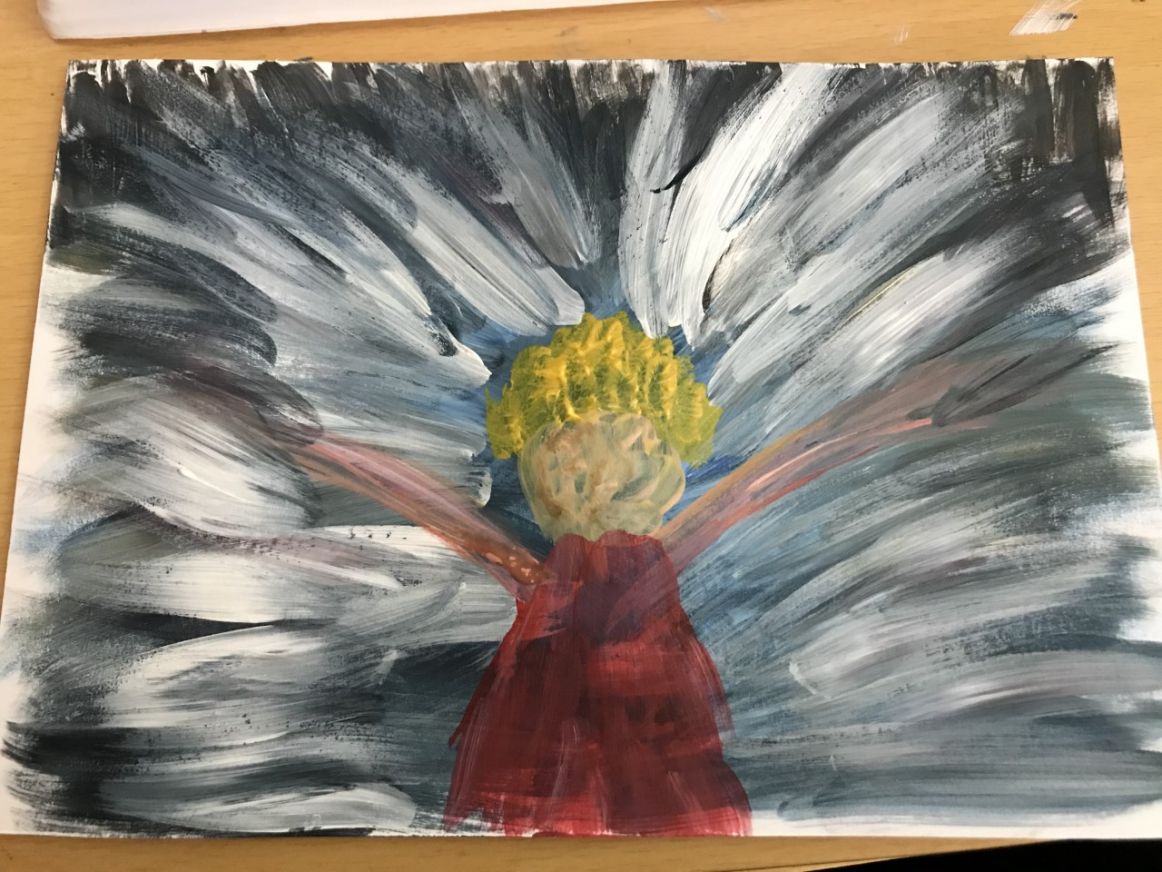 So, with that in mind, I’m going to try and channel that feeling of joy once I’ve actually got in the water and I’m going to start trying to conquer this fear that has held me back for so long. I know if I can get myself in the water that I can start doing more stuff to improve my mobility and pain issues. Who knows, I might actually make it to the waterfalls one day?