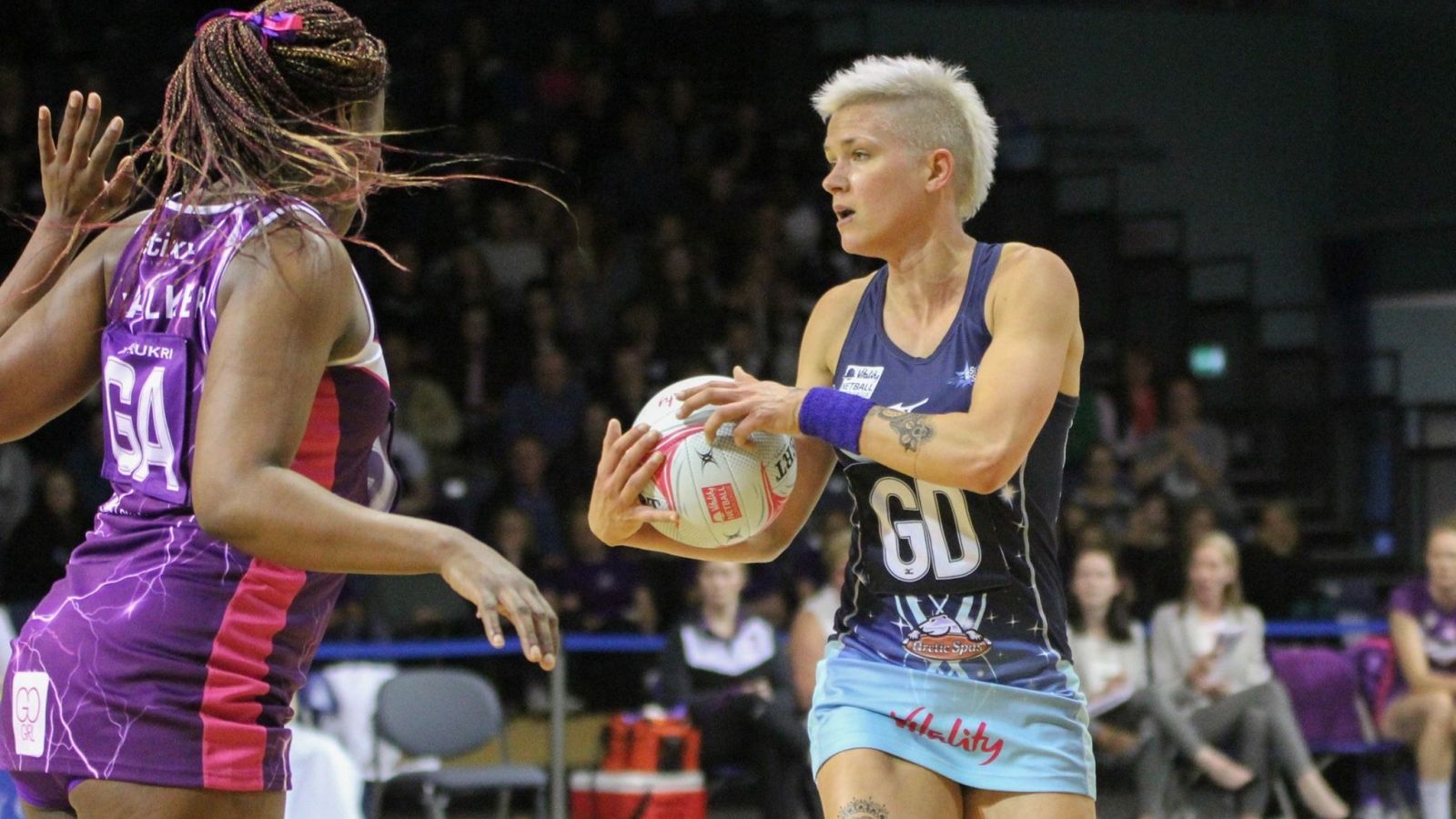 Our Champion Becky has written about her experiences of mental health problems while playing elite sport.

On a Monday night in March, I stood under the spotlights arm-in-arm with my teammates, ready to play netball in front of a live crowd and cameras of Sky Sports. Unbeknownst to my current teammates, by a quirk of fate, it was exactly one year since the last time I had done this with my previous team. That fateful night in 2016 marks for me one of the darkest points of my latest period of mental illness.

This time round, when the final whistle went, my eyes filled with tears of joy, rather than the pain that had blinded me the year before, not because of the win, but because of what a difference a year makes.

Since my mid-teens I have had several periods of mental illness, always underpinned by a dark and suffocating depression. There has been alcohol, anorexia and a lot of self-harm. For me, at my lowest I experience overwhelming fatigue, tortuous insomnia, a loss of appetite and increasingly obsessive and destructive thinking. I can’t bear to be around people who care for me and the overwhelming sense of shame strangles my voice so I can’t even form the words to ask for help. My coping mechanisms become about survival. Not getting from week-to-week, or even day-to-day, but just getting from hour-to-hour. 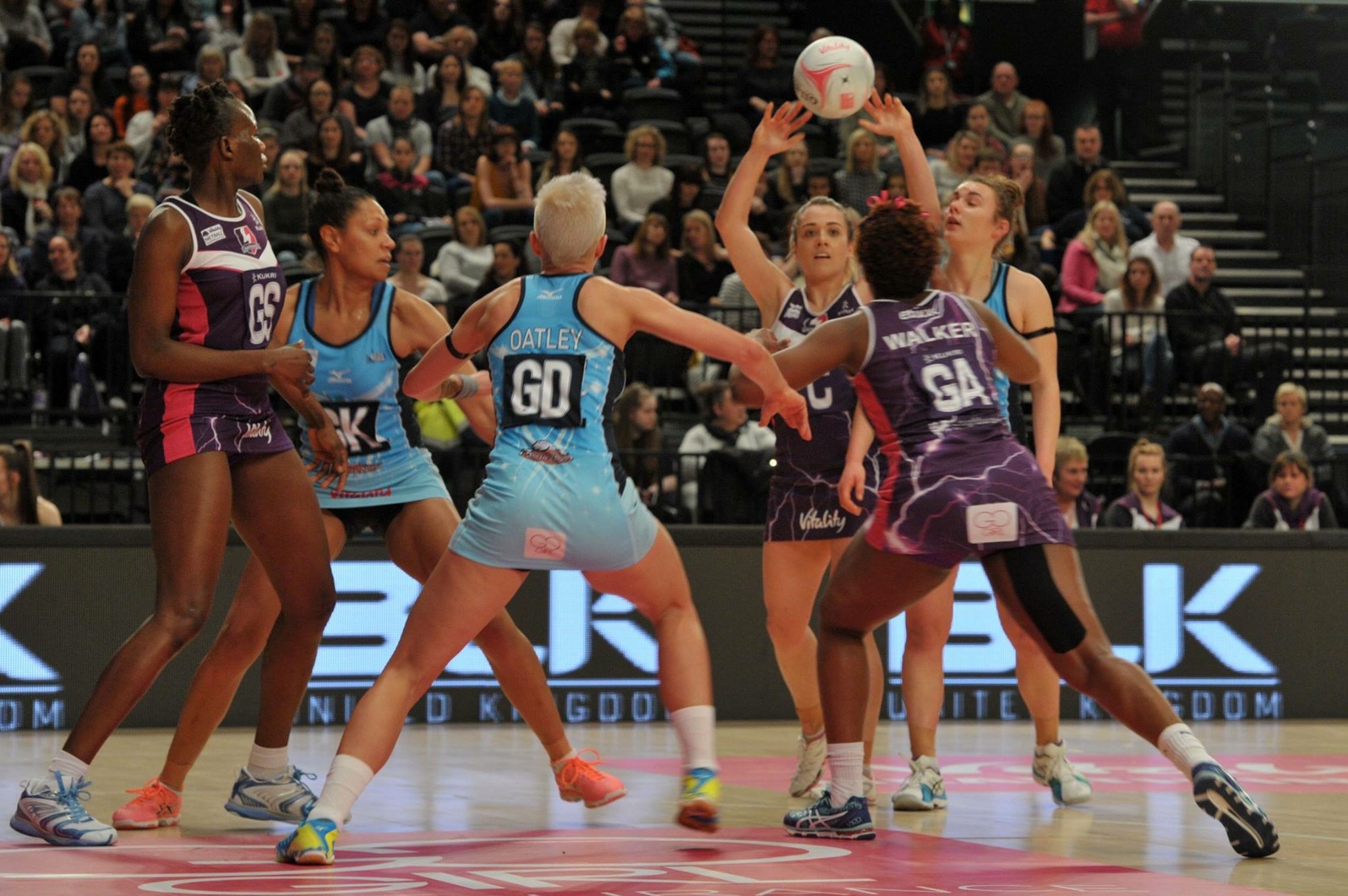 Becky in action for Severn Stars.

In 2016, the soundtrack in my head was a constant cycle of guilt, anger, failure and despair. I was supposed to be a role model, a leader, a teammate, but instead, I was a fraud and a let-down. By that fateful night in March, I had become obsessed with a need to end my life. I needed relief from the mental torture and pain, but also felt like I needed punishing for being such a bad person. I had everything I wanted in life, so why would I feel this way? How could I be so selfish and ungrateful?

In desperation I reached out for help and the following months involved intensive psychological and mental health support alongside continuing to play netball in the Superleague. I struggled with self-harm, overtraining and overmedicating as ways to try to manage the pain. People have said to me since that they find this “alarming”. It is alarming. It was alarming at the time, but the alternatives were much, much scarier.

Mental illness affects everything and everyone. It affects the way I think, feel and behave. It also affects those around me. One of my darkest memories is outside the hospital. My boyfriend at the time was holding on to me for dear life and screaming for help because he thought I was going to run in front of a car. I wasn’t. But it haunts me that I made him feel as scared as me.

"For me, sport is an incredible medicine. It has given me great friends, wonderful memories and taught me valuable life lessons."

Mental illness is not something that can be cured overnight, but it is something that can be managed. The way I understand it is that I am vulnerable to a chemical imbalance in my brain. Through appropriate medication, self-care and accessing support when I need it, I can try to manage it as best I can. Things are not always perfect, sometimes I have difficult days or even weeks. That doesn’t make me bad, nor does it mean I can’t be relied upon. I might become seriously unwell again in the future, but I might also catch the flu. That won’t be for lack of trying and it shouldn’t make you write me off.

For me, sport is an incredible medicine. It has given me great friends, wonderful memories and taught me valuable life lessons. It is also provides routine, social activity and a level of responsibility to my team to try and meet my basic needs, such as food and hygiene, when even those feel like they are too much to achieve. Elite sport also brings incredible pressure and a culture that rewards emotionless athletes that display constant positivity. Any flaw can result in being dropped, labelled weak, a failure and a bad character. I felt all of those things last year; indeed, I almost strangled myself with those judgements.

In 2016, netball provided me with a life-saving amount of support, whether those doing the supporting knew it or not.

After a long summer of therapy and (not always straightforward) progress, I was devastated to receive a text message saying I should not come to my team’s preseason. I was not welcome even to trial because of my “ongoing mental health condition.”

If I had had a bad knee, a physio would have been consulted and yet with mental health, it was deemed satisfactory for a coach to make a judgement on risks without any professional input. I raised a concern with those in charge, not to get back on the team, but because I have genuine fears that without some acknowledgement, players, staff and volunteers will continue to be discarded because of a label, rather than an open and honest assessment of what the risks actually are.

I trialled for Severn Stars with nothing to lose and it is the best decision I have made. Me and my mental health have been welcomed with open arms by staff and players. Its ok not to be ok all of the time and it doesn’t make you weak to need a bit of help. I was overjoyed to step on court with my new Stars family and prove to myself that mental illness cannot stop me chasing my dreams. Recovery is not just about being cured, but managing my vulnerabilities as best I can whilst I continue to grow as a player and a person.

I don’t want to be defined by mental illness, but if sharing my story helps just one other person to think differently about mental health, then it is worth it. I don’t think I am special, nor any different to you. I think I am vulnerable to an illness and that is nothing to be ashamed of. I’m dogged on the court and dogged in my life – I’m not the best, sometimes I fall down, but you cannot accuse me of not trying really hard. 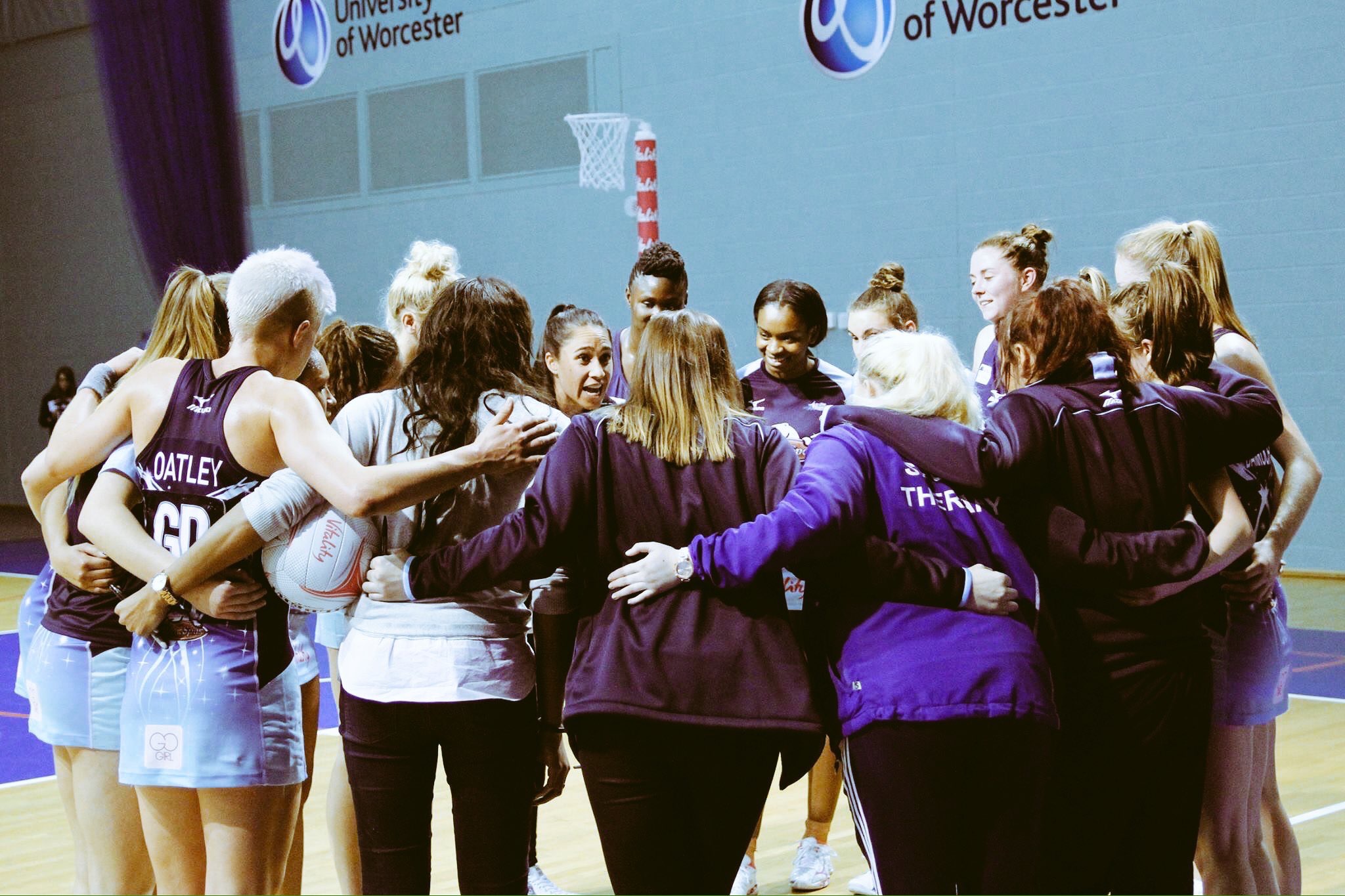 Becky's teammates have been an important and valuable support. Photo provided by Razorlight Imagery.