Our next Champions training day will be Thursday 23rd June. The training is free and will be delivered via Zoom. 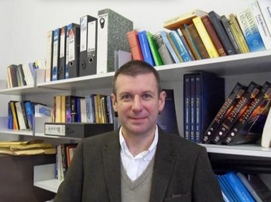 It can be difficult to ask for help...

In the early hours of one morning, I was walking home (alone) from a nightclub along the seafront. I was surprised by four young blokes as I turned a corner to head to my bedsit, set upon and quite…

Once upon a time, in the 1980s, I was a postgraduate student at Sussex University. During that time I lived in Brighton.

In the early hours of one morning, I was walking home (alone) from a nightclub along the seafront. I was surprised by four young blokes as I turned a corner to head to my bedsit, set upon and quite badly beaten up.

The reason for the attack was obvious; they didn't take any money and were shouting the word "faggot" as I was beaten to the ground. I lost consciousness, but woke up surrounded by bystanders who looked after me and got me home. Fortunately, most of the injuries I sustained were relatively superficial, and I recovered reasonably quickly from the physical damage.

However, in the aftermath of this event I began to suffer quite serious psychological problems. These included long periods of deep depression and anxiety, punctuated by sudden panic attacks and delusional episodes. In short, I had a form of post-traumatic stress disorder. In the weeks following the attack my mental health deteriorated drastically. The prospect of leaving my bedsit filled me with terror and I couldn't do the simplest things without becoming unbearably anxious, shaking, and bursting into tears at the slightest provocation. Eventually, after experiencing a severe panic attack in a supermarket in front of dozens of people, I was "sectioned" under the Mental Health Act and taken away by the the police. Fortunately I was detained relatively briefly and then referred to appropriate people. I spent several weeks recuperating and eventually returned to work with a course of anti-depressants which helped me to regain some sort of equilibrium.

Eventually I came off the medication and life went on. The panic attacks abated but didn't disappear forever. Although they returned intermittently, I just got used to dealing with them, like gradually retreating from situations where they were likely to occur and making up excuses for disappearing when things got too much for me. In short, I spent 25 years trying - and not always succeeding - to hide from my own disorder.

However, something happened recently that reignited all the problems and sparked off a major collapse in my mental health. I can't write about the details here. All I can say is that I ended up precisely where I was twenty-five years ago: panic attacks, shaking fits, insomnia - the works.

Friends and colleagues tried their best to help, but didn't know what was behind it all because I didn't tell them. Eventually, early this summer, I was forced to admit to myself that I needed help. I went to see my GP who took one look at me and immediately signed me off work. He put me on medication to calm me down. I also contacted the University Counselling Service who offered a course of talking therapy. It wasn't an easy journey but they got me back on track.

I returned to work in September, with a full set of teaching and other duties. I have not had any major episodes since then, and am no longer taking any medication.

I realise how stupid it was for me not to have sought professional help before. It's only now, looking back, that I realise how ill I actually was. I had almost left it too late. I know I'm not "cured". I'll no doubt have to confront this problem again. But next time I know what to do.

So why did I leave it so long? Fear of the stigma, perhaps. But I suppose also pride. It can be difficult to ask for help, to admit to yourself, your friends and your colleagues that you can't cope, especially when you're in a job in which you feel that people “expect more” of you. Difficult, yes, but not impossible, and certainly necessary. Don't do what I did. Life's too short.

Peter Coles is Professor of Theoretical Astrophysics at Cardiff University

Has stigma or fear prevented you from getting treatment or been a barrier to recovery? Have you been honest with friends, family and doctors about mental health problems? Post your comment below.

Loneliness in a Crowded Room

"Everyone I know has a different description of their loneliness. Here's mine..."

“I felt so vulnerable after my pregnancy and wish I stood my ground more.”

"Shortly after the birth of my son, I struggled to bond with him for the first six weeks or so. During this time, I felt so isolated..."