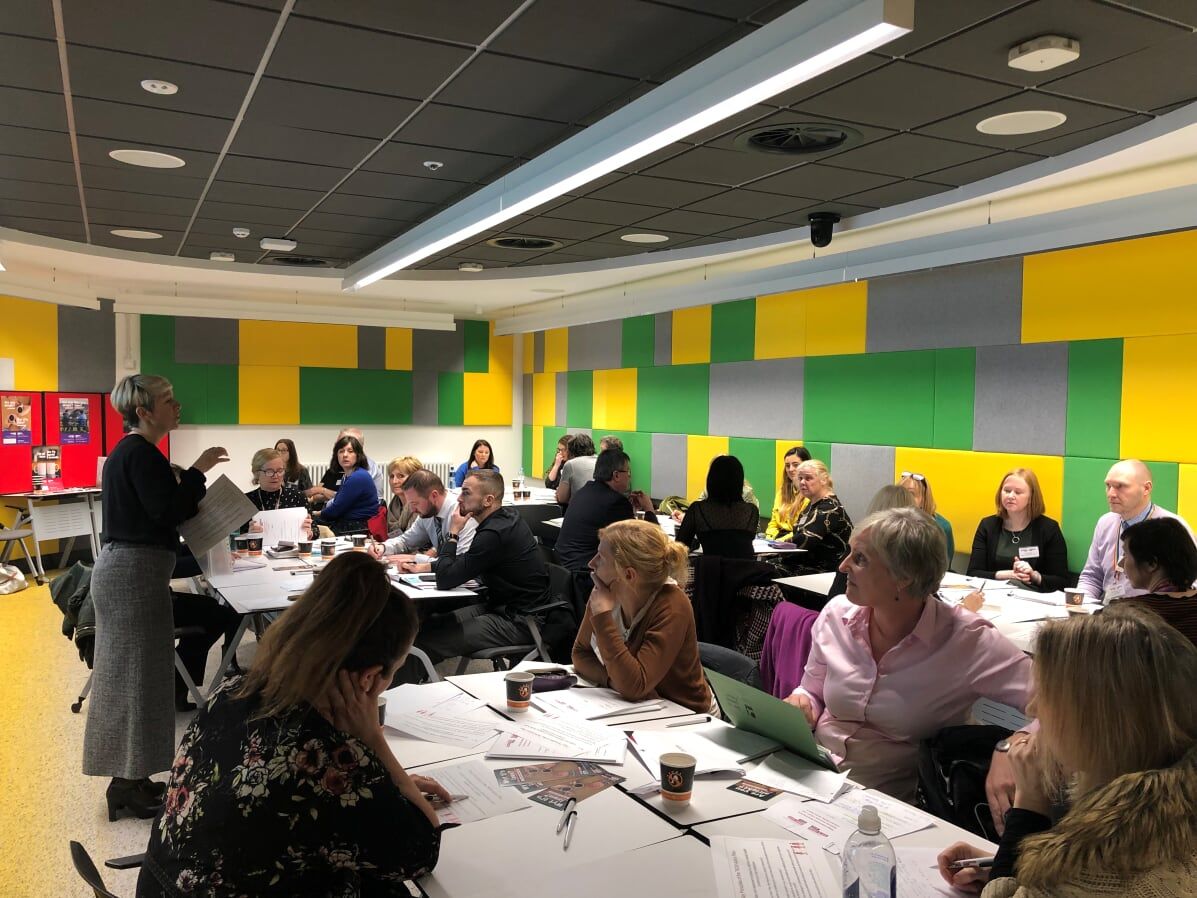 Time to Change Wales held a networking event for organisations that have signed the pledge to end mental health stigma and discrimination within the workplace.

Thirty attendees from various organisations attended to learn from others and to showcase the progress of their action plans, focusing on implementing initiatives and activities to provide a better working environment for their staff.

Rhondda Housing kicked off the event by sharing their Hapus Initiative, winner of Best SME Mental Health Initiative at the Not A Red Card 2017 Awards.

The Housing Association set up a Hapus wellness group that has delivered over 20 events that include Brunch & Babble, a Wellness Graffiti Wall and Time to Talk Day, a national mental health awareness day.

Since Rhondda Housing have signed the pledge and worked on their action plan, staff have since felt like they could be themselves at work and look forward to coming into the office, which is a fantastic outcome of their work and commitment to reducing mental health stigma and discrimination within the workplace.

We were also thrilled to have Nicky Bevan, Head of Employee Health and Wellbeing Services, Cardiff and Vale University Health Board who shared the great work they’ve been doing since signing the pledge in 2012. 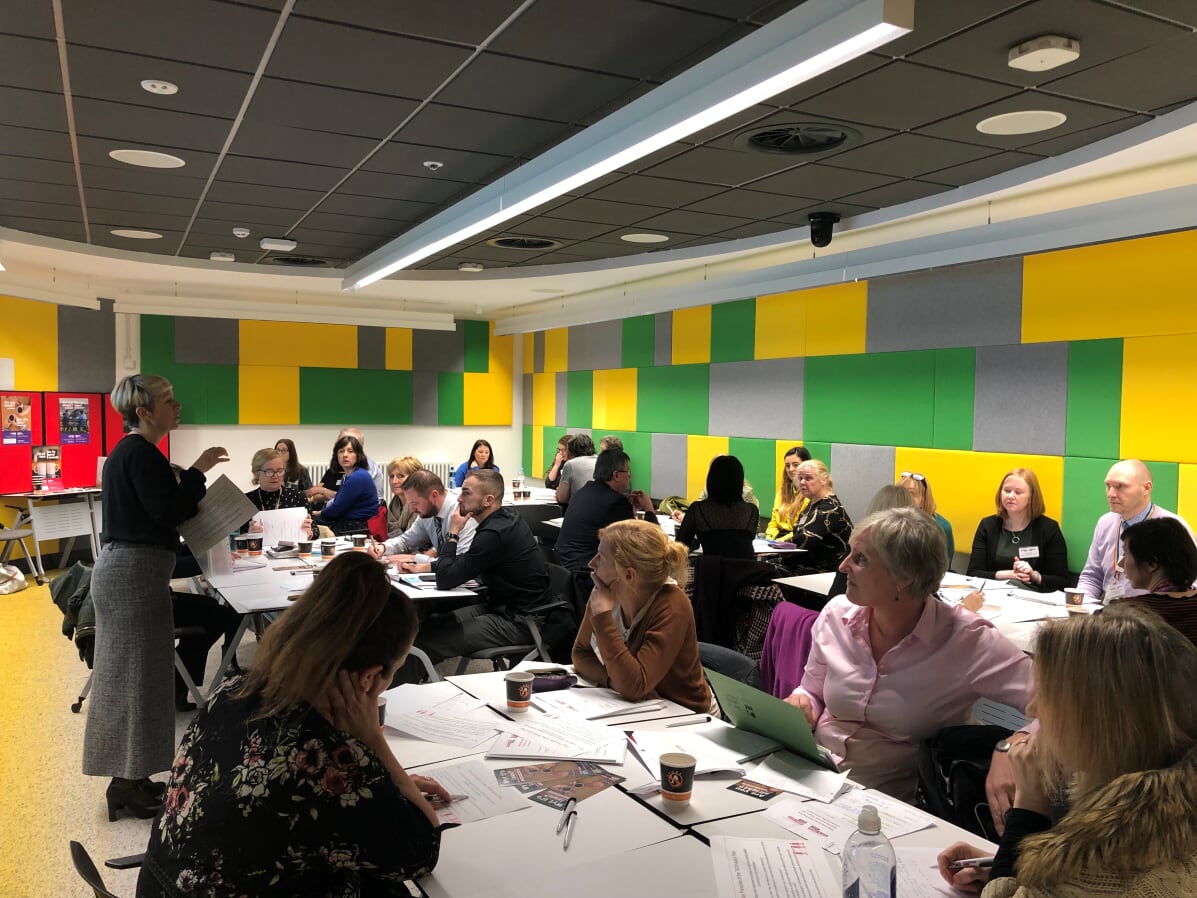 As well as having a blog to share staff stories around mental wellbeing, Cardiff and Vale UHB have also implemented mental health wellbeing training as part of their staff development plan, and have created a pop up café called ‘CAV A COFFEE CAFÉ’ which encourages staff to talk to their colleagues around mental health. The pop up café will be situated across the UHB campus. The first one launches on Time to Talk Day.

Nicky was pleased to share high level commitment from the CAV UHB executive board but said that there is still work to be done around normalising the conversation around mental health. She said, “It’s all about prevention than reaching the crisis point”.

Time to Change Wales’ June Jones and Russell Workman talked about our upcoming campaign, Time to Talk Day on 7 February. It is a high profile national mental health awareness day which asks everyone to have a conversation about mental health. June revealed our new downloadable resources for Time to Talk Day at the event.

Russell discussed the importance of our Talking is a Lifeline campaign which aims to encourage men to open up about their mental health problems, as talking about mental health is one of the bravest things a man can do. The campaign launches later in February.

It was fantastic to see many of our pledged organisations committed and working towards ending mental health stigma and discrimination in Wales.

Are you an organisation looking to join hundreds of other businesses to end mental health and discrimination in the workplace? Click here.