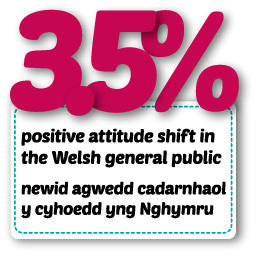 We celebrated our achievements over the past three years and marked our third birthday at an event held at the Pierhead building in Cardiff Bay this week.

We celebrated our achievements over the past three years and marked our third birthday at an event held at the Pierhead building in Cardiff Bay this week. 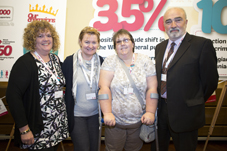 Our Programme Manager Ant Metcalfe opened the event by talking about the strong foundations built and the progress made, but also a reminder that ending the stigma faced by people with mental health problems in Wales is the work of a generation.

We were joined by Deputy Minister for Health, Vaughan Gething AM who paid tribute to the campaign and spoke of the continuing need to challenge stigma:“The Welsh Government remains committed to tackling the unacceptable stigma and discrimination faced by people with mental health problems in Wales.  Good progress has been made and I wish Time to Change Wales every success for the second phase of the campaign.”

We then invited our champions to the stage to talk about their involvement in the campaign over the past three years. Champion Andrew Dugmore discussed what being involved in the campaign has meant to him:

“Time to Change Wales has given me a platform to speak, share and understand the journey that I have been on.  I now have more confidence to talk openly about my mental health problems and not to feel ashamed or embarrassed of what I’ve experienced.”

Another champion who took part in the event, Karen Morgan, spoke of how the campaign has helped her get her life back on track:

“TTCW has given me my life back.  I’ve gone from being in a very mentally ill state to having more confidence and self-esteem than I have ever had.” 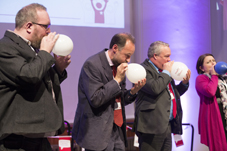 The second half of the event focused on our work with leading employers, which will remain a strong focus for the second phase of the campaign.  We were delighted to have representatives from BITC, Admiral, Hywel Dda University Health Board and DVLA with us to share their experience of working with TTCW, signing the pledge and challenging stigma in the workplace.

The day ended with a four song set from the Admiral Inspire Choir including a particularly rousing version of ‘Don’t Stop Me Know’ which is how we hope everyone leaving the event felt. Ready to get out there and tackle stigma! 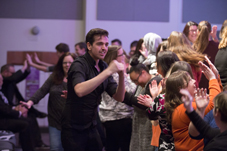