Talking - But Not in the Conventional Sense...

Paul shares how his unconventional method of talking has helped him have open conversations about mental health.

This last year, I have felt like a long, overlooked and forgotten painting. Something that might have been gifted by an elderly relative – kept for sentimental reasons and popped in the hallway next to the W.C. Forgotten about for many years until one day someone decides to redecorate. “Hmm, your Aunt Nellies old Hay Wain print! That’s not going to fit in with my Scandi chic, design ideas. Can we put it in the loft or drop it off at Oxfam?”

Although the painting has subjective and limited personal value, it’s not to everyone’s taste. It might look a little drab, washed out and, that gold, swirly frame…it’s not very in vogue is it?

In this way, I am like a drab, washed out man and feel sure enough that some people would like to pop me in the attic or drop me off at the side of the road. That’s just my interpretation, of course. Nobody has told me that directly. In short, I feel unappreciated. There is nothing new in that, most of my mental struggles come from a sense of not being good enough, being unwanted and unloved. I have spent many hours forensically examining why I feel this way and where it came from. I have tried to adopt ways of challenging these thoughts and hauling myself out of the morass. I have done so repeatedly for more than 25 years. I still find myself bogged down, being dragged under the surface and stilled by a force that is hard to resist.

I started meditating regularly for months, ten minutes in the morning and ten minutes in the evening, almost every day of the week, in an effort to find another way to deal with these thoughts. At first, I would feel quietened and calm afterwards and more prepared to get on with the day. Sometimes, I would even slip into a state where I lost track of time. A blissful kind of relaxation. By the start of 2020 however, my mind seemed to have been battling against the negative and self-destructive thoughts. By February of 2020, I felt terrible, six days out of the seven. My brain was assuaged with images of self-harm and my own death by suicide. It was remorseless. On days like that, it is hard to do anything, to get out of bed, to eat, to go out of the house. Everything is an effort.

Thankfully, the experience has taught me to find someone to talk to. I prefer that to be somebody neutral, someone who doesn’t know me. I tried to get hold of a counsellor – I must have contacted about five therapists in a period of three weeks. The first four could not help – they were too busy. Each time I failed in my efforts; another wave of despair washed over me. I started to think I might not be able to find anyone to talk to and unburden myself with. Eventually, someone said they had a space. I saw her once, I felt relieved, like there was an end in sight. Then came COVID and the first lockdown and it was cancelled. I was furloughed from work and despite my best efforts, I felt overwhelmed.

I continued on a downward spiral for a while until it got too much. I called my GP in August last year and he put me on anti-depressants. I took them for years but managed to wean myself off them seven years ago. I hate taking tablets but with many talking therapies suspended, it was the lesser of two evils. The GP also put me on a waiting list to talk to someone. The waiting list is long, but at least the tablets have given me some breathing space.

I have now returned to work (online), and that has been my solace.  I spend all day talking to people, listening to their stories and laughing with them at the absurdity of the world. We share experiences and thoughts. We work things through in half-hour bursts on Zoom. I am meant to be there for them, but they are just as much of a support to me. It takes my mind off myself and refocuses my energy into helping others. It’s not a conventional “talking therapy” but it works for now. 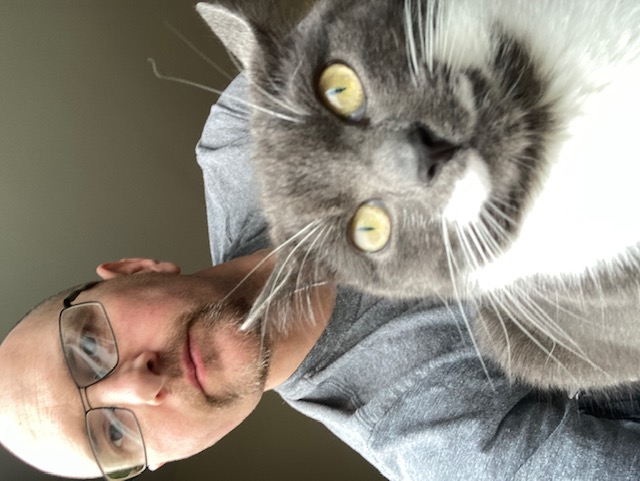 The theme for Time to Talk Day 2021 is The Power of Small. A small conversation about mental health has the power to make a big difference. Let's start talking and together we will end mental health stigma. #TimeToTalk

We’re pleased to hear from Jaffrin and Munirah, who speak about their experiences of stigma, and what we can do to change it.