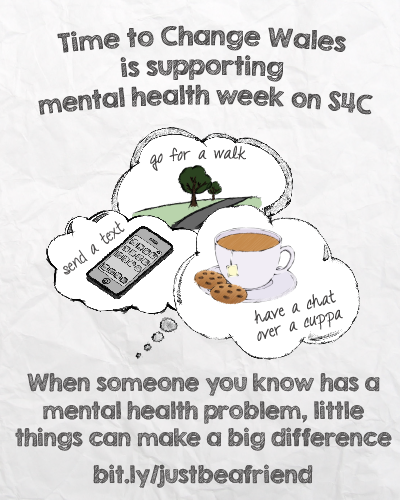 Produced by Welsh TV company Rondo Media for S4C, the documentary Iselder: Un Cam Ar Y Tro has been shortlisted in the Factual Television category. The documentary was first broadcast in May this year…

A powerful S4C documentary about a son's quest to learn more about his late father's mental health problems has been shortlisted for the prestigious Mind Media Awards 2014.

The documentary follows 30-year-old S4C children’s and sports presenter Owain Gwynedd Griffith as he talks openly for the first time about the huge impact of his father's depression on the family.

When Owain was only two weeks old, his father, Tudor, took his own life leaving behind a wife and three sons under the age of seven.

To gain more insight into his father's condition Owain, who hails from Porthmadog and now lives in Cardiff, speaks to medical experts and people living with depression. He also explores the latest research and treatments for depression.

The documentary was first broadcast in May this year as part of S4C’s Mental Health Awareness Week, in partnership with the Time to Change Wales campaign.

S4C Director of Content, Dafydd Rhys said, "We pride ourselves in broadcasting programmes which challenge prevailing perceptions about people and society. This documentary got to grips with a subject, which many people still find difficult to discuss. One of the highlights of S4C's mental Health Week, it is a brave and honest portrayal of how mental health problems can cast such a shadow on a family's life."

Programme producer Caryl Ebenezer of Rondo Media added, "We are delighted that Iselder: Un Cam ar y Tro has been nominated for the Mind awards. It was a privilege to work with people who were so ready to share their personal experiences. It is important that difficult subjects like this are discussed openly in the media to lessen the stigma associated with mental health in order to help individuals and families who are suffering."

Ant Metcalfe, Programme Manager Time to Change Wales adds, "Time to Change Wales was delighted to work in partnership with S4C over their week of programming around their Mental Health Awareness Week and absolutely thrilled that Iselder: Un Cam ar y Tro has been shortlisted for a Mind Media award 2014. This programme and the others shown that week will help to raise awareness around mental health and address the stigma and discrimination that still surrounds attitudes towards mental health, it is only via the openness and honesty of the contributors of programmes like this that we will normalise conversations around mental health."

In the Mind Media awards, the S4C programme will be up against an unprecedented six other documentaries, more than ever before because the entries were of such high quality. They include series such as Channel 4’s Bedlam and BBC’s Panorama.

Shortlisted entries will be judged by a panel of media industry experts and will be joined by well-known broadcasters such as BBC presenter Sian Williams, Channel 4 News journalist Victoria MacDonald and Radio 5 Men’s Hour presenter Tim Samuels.