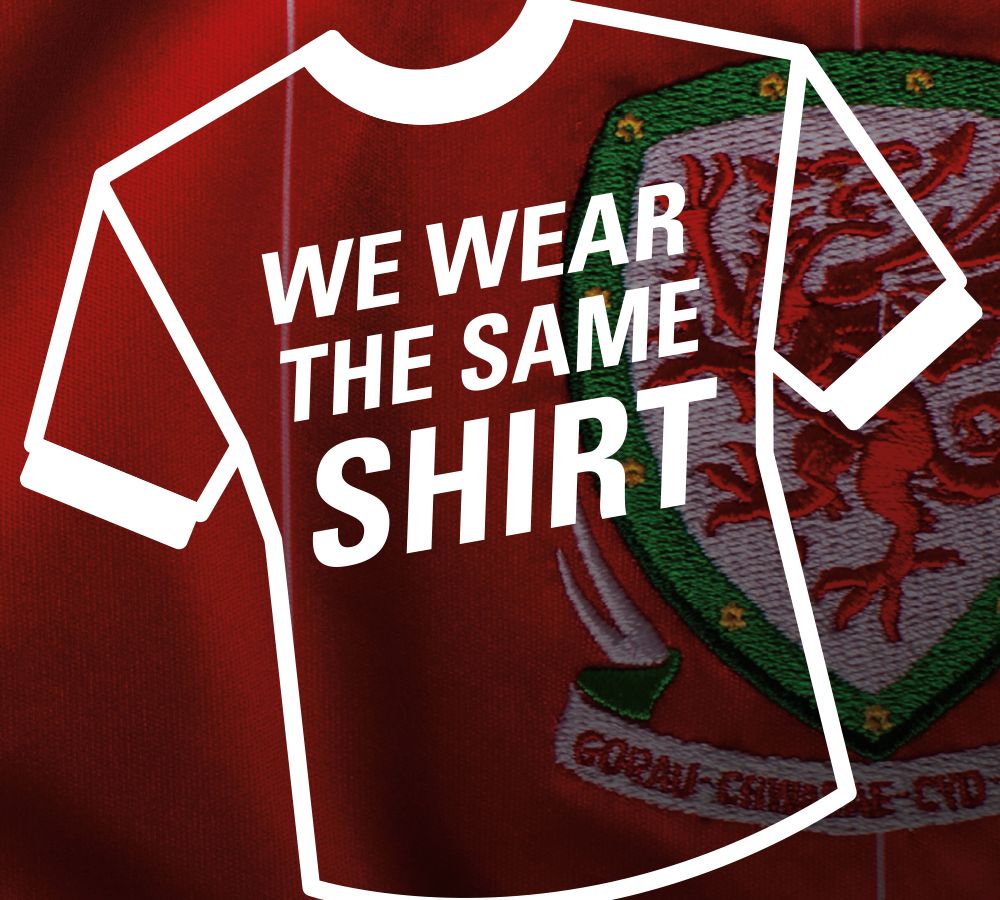 The people of Wales are being asked to pay tributes to its legendary manager Gary Speed, by signing their own online pledge to tackle mental health stigma and discrimination.

The people of Wales are being asked to pay tributes to its legendary manager Gary Speed, by signing their own online pledge to tackle mental health stigma and discrimination.

We Wear The Same Shirt, born from a partnership between mental health charity Time To Change Wales and The Football Association of Wales, have launched their campaign four years on from the death of Gary Speed, who died this day (27.11.2015) back in 2011.

Suicide is the biggest killer for men under 50 in Wales, eclipsing car accidents, cancer and coronary heart disease. The stigma and discrimination surrounding mental health conditions can leave people ashamed to speak honestly about their feelings, and prevent them seeking the help they need.

Speaking of the campaign, Wales National Team Manager and Gary Speed’s successor Chris Coleman said: “Stigma around mental health conditions severely affects lives, as the discrimination that they experience can prevent them from feeling a part of society.

One of the reasons I work alongside people like Ian [Mitchell, Wales and Swansea City Performance Psychologist] is that the mental health aspect of our sport is crucial and I believe that having positive mental health is a key part of success in football. We have created an environment where the players are able to talk about their feelings and emotions on and off the pitch. Afterall, We Wear The Same Shirt, despite the nature of our mental health.”

Dominique Lyons, We Wear The Same Shirt Lead at Time To Change Wales said: “Stigma acts as a major barrier in enabling people living with a mental health condition seeking the help they need. Suicide is the biggest killer in men under 50, a statistic Welsh football knows only too harshly after it was shaken by the devastating and unexpected death of Gary Speed in 2011. We want everyone in Wales to be a part of this positive movement and help improve the livelihoods of the 1 in 4 people who are affected by mental health. As a team we can save lives by banishing mental health as a taboo subject and reinforcing the message that’s it’s good to talk! So what are you waiting for? Pledge to tackle stigma in your community and get your friends and followers to join you using #SameShirt, sign and support on www.wewearthesameshirt.org ”

Alongside the campaign, We Wear The Same Shirt is running weekly football sessions specifically designed for those living with a mental health condition. The programme has benefitted from Sports Wales funding in response to evidence that physical activity can significantly aid recovery. The sessions are free of the pressures of competition, with no commitment to play on the day and trained coaches who are sensitive to the side effects of medication. The programmes are being delivered by Newtown A.F.C. and Merthyr Town F.C., with Wrexham A.F.C. and Newport F.C. being the next clubs to participate from Autumn 2016.

To sign the pledge to tackle mental health stigma in Wales, or to register your interest in the football programme go to www.wewearthesameshirt.org, and to join the conversation use #SameShirt